Christian Bergeron is a new artist to the Westmount Gallery and we are very happy to represent his work in Toronto.

Christian Bergeron has dedicated his life to his art for more than fifty years / His works are to be found among the finest corporate and private collections in Canada, the United States and several European countries / Among many corporate collectors, are found Gaz Métropolitain, Pratt & Whitney, Canam Manac, Donohue, The Laurentian Bank, Royal Trust, The Jim Pattison Group (Vancouver), Le Manoir Richelieu, LotoQuébec, Fort Gary and the Caisses Desjardins.

/ A native of Charlevoix, he showed aptitude for figurative art at a very early age / Being self-taught, he developed his art, in part, through contact with some of the great painters in Quebec at the time, such as Francesco Iacurto, for whom he was both a student and model / In the course of his career, he developed and perfected a personal style, named « prismatic » by which he adds another dimension to a painting by increasing the effect
of light at different angles, thus producing spectacular perspectives and the illusion of different views at different time of the day. (Berg, William J., Literature and Painting in Quebec: from imagery to identity, University of Toronto Press, 2013, pp 286-87.) / Known for his use of vibrant colors, contrasts and light, more and more grandiose, as well as the control of his pallet knife, he became a recognized artist and a member of the Copley Boston Society of Arts in 2007 and Les Peintres du Marais in Paris in 2015.

/ Christian Bergeron is everything… but the half-measure / He has working studios wherever he decides to settle where he creates, as his mood dictates, works in traditional , prismatic and contemporary styles / Christian Bergeron is a constantly evolving artist,
inspired by his many travels around the world, an artist who plays with the nuance and
visual composition in a masterful way 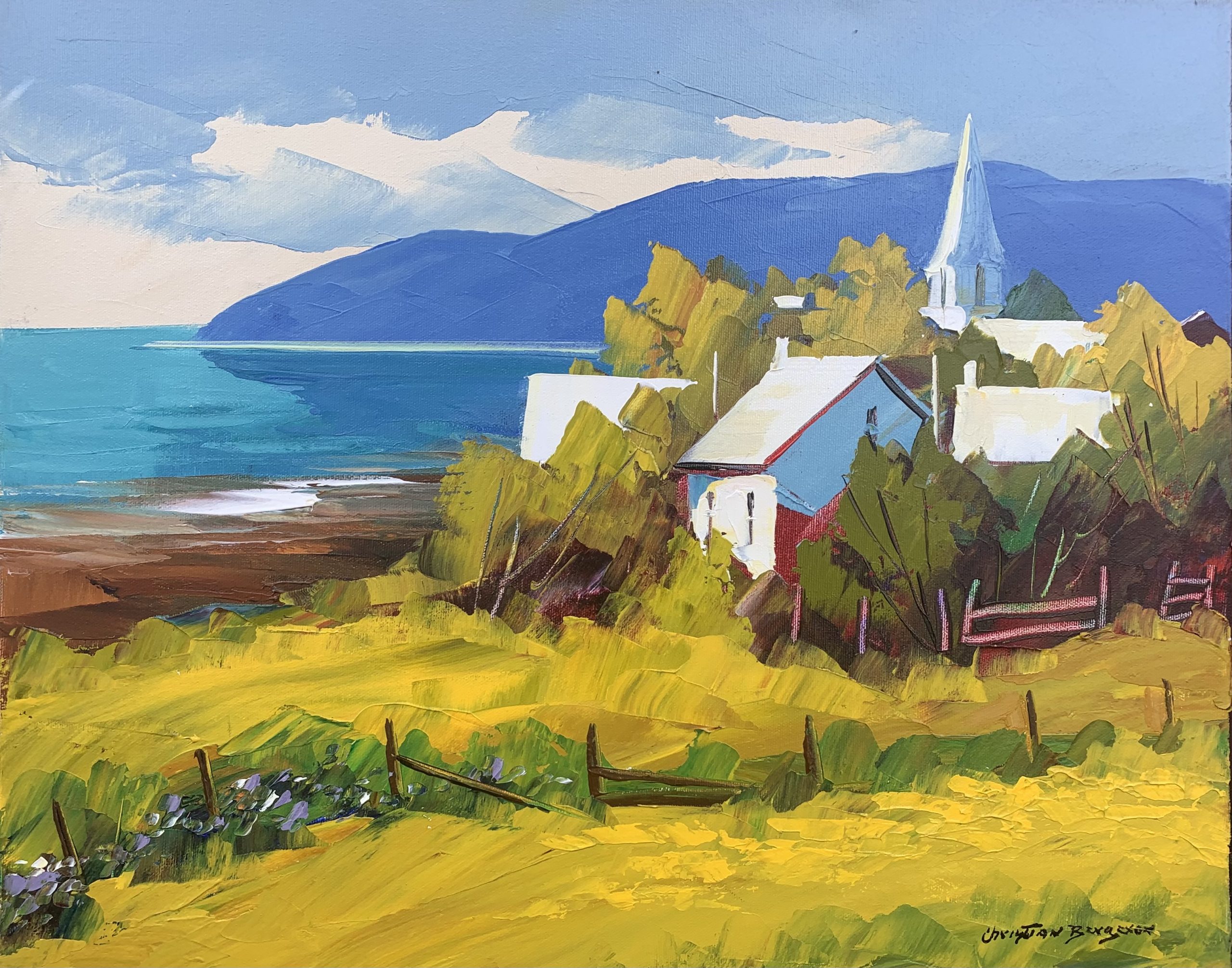 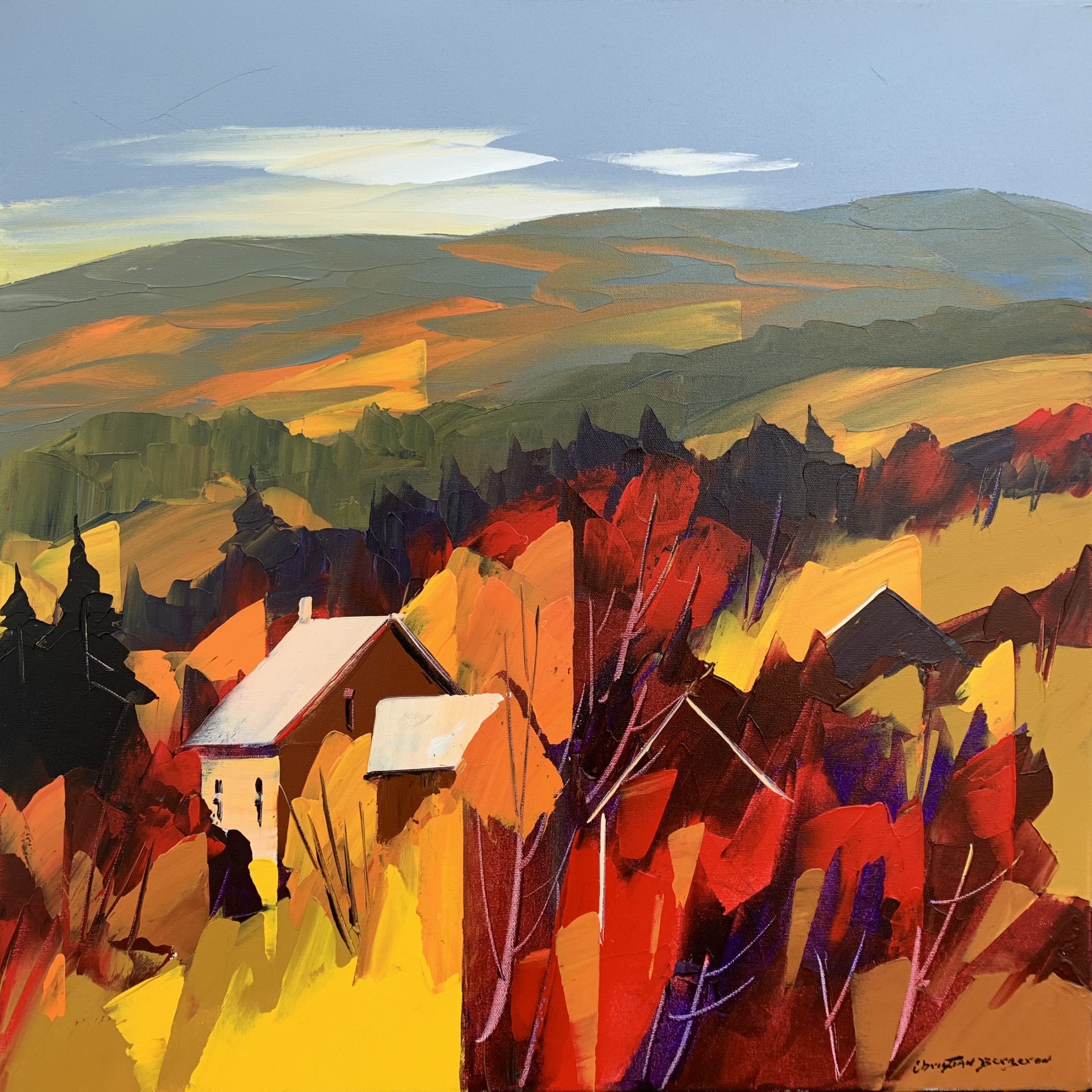 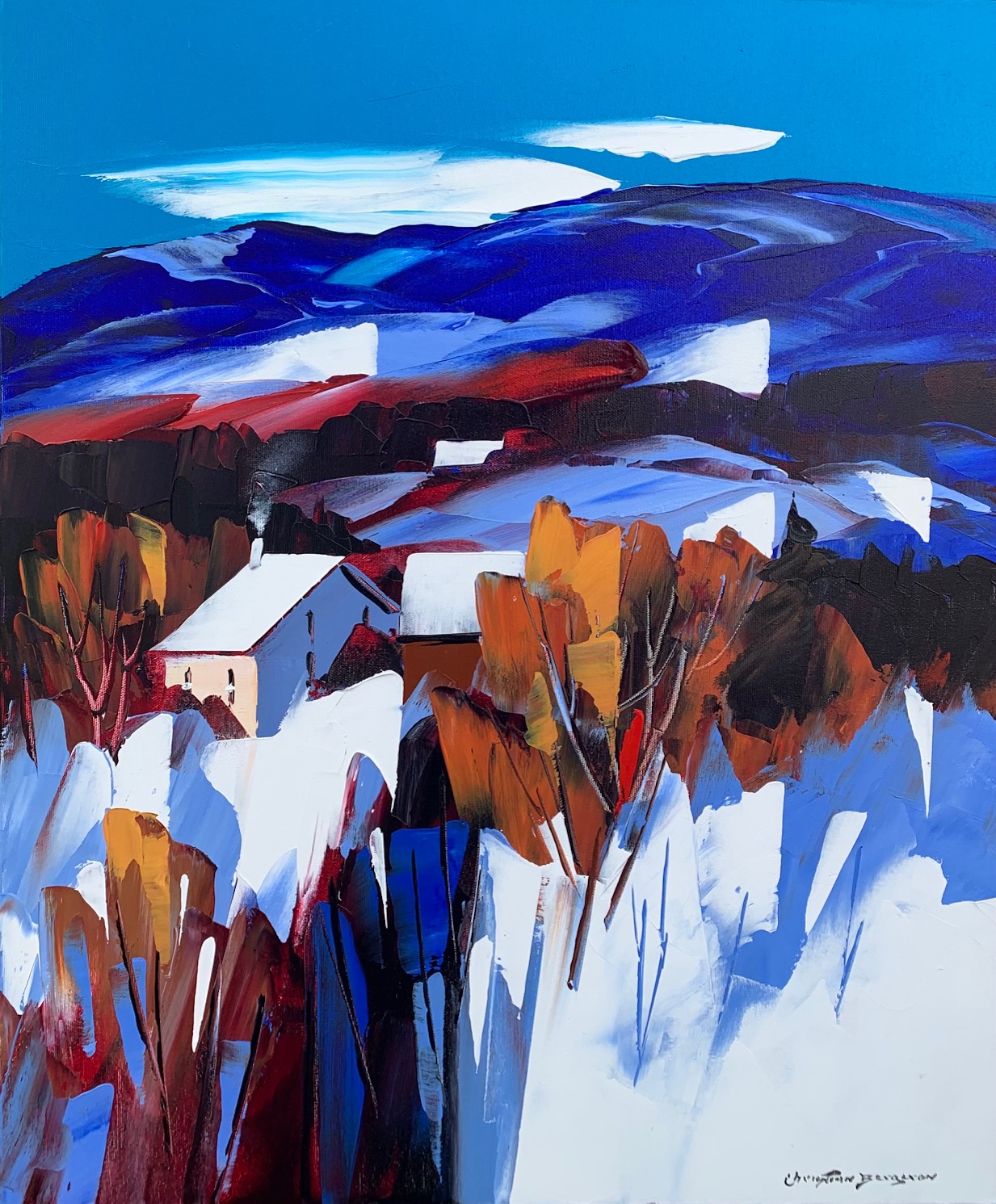