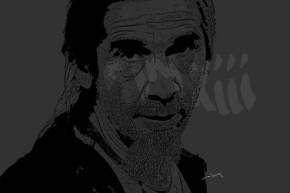 Christopher Allen (CA) was born April, 16, 1954 in Belfast, Northern Ireland. CA was encouraged from a very early age to follow his creativeness and made aware that Creating honoured our Creation. His mothers spiritual devotion and fathers unyielding devotion to her was to have a tremendous effect on his life. Tribal ancestry of both parents are evident of CA’s vision quest and life long Credo. Quechua, the Inca people of Truth and the  Celtic, Irish determination installed  the pride, awareness, imagination and inquisitive nature, which became his subconscious driving force.

By the age of eight Henry was recognized and regarded as an Artist. In Orillia Ontario where the family settled in September of 1957, C.A. would find many influences and friends in his vocation. He was brought up in a strict Catholic environment from family to schooling, learning much of traditional values and customs. At fourteen, CA met Yudon Stanton, a wonderfully exhilarating Canadian Artist, whose patient yet stern ways evoked a great kinship. Together they talked for hours and CA was so impressed by the sheer volume of his work, that filled his home. Yudon was never too tired to draw and paint even though he was tethered to a wheelchair with MS. Henry also met Ada Torrence, another great Canadian Artist. They met at her Studio home from time to time. Henry, years later would sculpt a great northern pine tree, from one of her silk screen prints on her memorial.

At fifteen he was asked to meet with the great Canadian painter and Visionary Arthur Shilling, and they became great friends, along with Melvin Benson, another Visionary and force in CA’s early life.

At eighteen, CA left from Orillia, were his family immigrated to in 1957, to go to Toronto. Henry never got to the schools of Art he so desperately wanted to be a part of, Thankfully. The Young fox Gallery hosted the first inaugural C.A.Henry solo Exhibition in 1987:
The “CHILDREN OF THE SUN”…discovering my people.

Henry’s high-energy work is poignant evoking passion and emotion in every canvas. He  has exhibited extensively over the last 32 years, across Canada, the USA and Ireland. 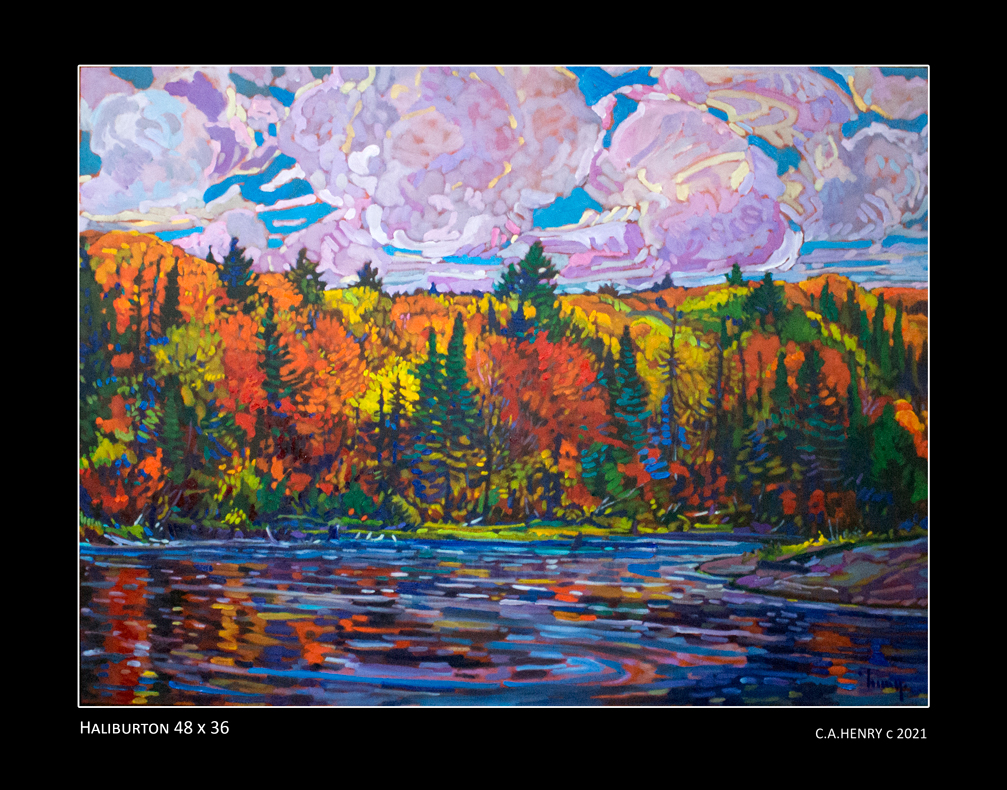 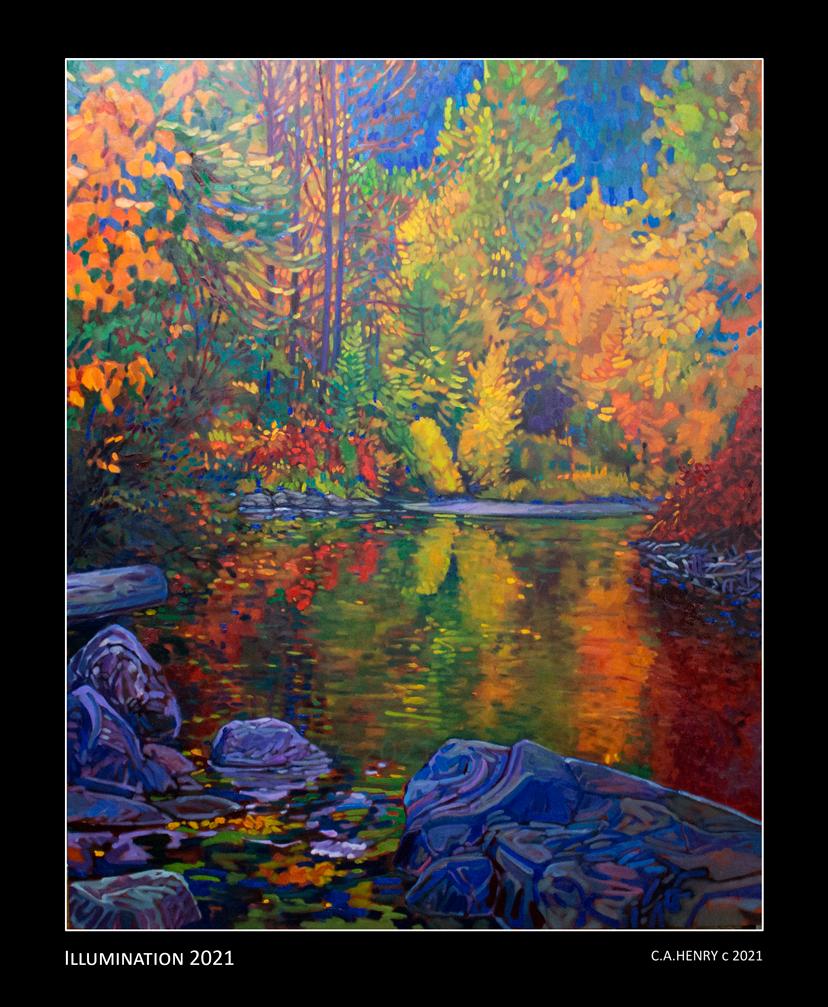