Anthony Batten passed away in December 2020. The following biography was taken from his webpage.

Born in the United Kingdom in 1940 Tony excelled in drawing and history in his early schooling. At the age of eleven, he qualified to enter the historic Christ’s Hospital School in Sussex.

During the mid-1950s, Tony changed countries and settled into a Canadian way of life. After his secondary school education, he worked full-time in a variety of roles while taking evening college-level classes. He variously attended L’Ecole des Beaux Arts, The Museum School at the Montreal Museum of Fine Arts and Sir George Williams University [now Concordia]. It was during those years that his interest in the relatively new field of art history developed and became a key part of his university studies.

In the 1960s, Canadian Industries Limited (CIL) recognized Tony’s interests and drawing skills and commissioned him to research and compose a tourists’ guide to Old Montreal, an area of the city that had only recently come to be appreciated for its historical, if slightly seedy, charm. The resulting map was reproduced in both official languages and was subsequently tied in with Montreal’s World Fair, Expo ’67, and with CIL’s restoration of the Del Vecchio House on Place Jacques Cartier. Tony’s work continued with convention presentations, historical projects and many promotional events involving the Company’s noted contemporary art collection.

During that time, he was introduced to the Junior Associates of the Montreal Museum of Fine Arts, a group that ran exhibitions and social events from the Stable Gallery – a Museum space that is now long demolished. It was through this group that Tony first engaged with arts-centered volunteerism, an interest that has assumed even more significance in his later life.

Having wrapped up several undergraduate degree programs Tony realized that it was time to make some significant changes. In the late 1960s, he was given some provincial assistance to move to the University of Toronto and to consider a future in education. He initially gave himself a few years to evaluate the “fit”. It took nearly three decades before he considered a further career move.

During those years, he taught visual arts and history at Stephen Leacock C.I. and was appointed Head of Arts at Sir Oliver Mowat C.I. For periods of time he also lectured with the CBC’s Institute of Scenography. In his spare time Tony was also a watercolour instructor with the Royal Ontario Museum, a demonstrating artist at Woodsworth College and frequently designed and painted theatre sets for Marlene Smith Productions.

In 1980 Tony started to submit his own work to juried exhibitions and success in these launched a new phase of regular solo shows with commercial galleries. An invitation to be the resident-artist with the innovative Canadian School at Cambridge University in the 1980s became a career highlight. A subsequent Toronto-based solo exhibition of sketches and paintings created during one of his three Cambridge sojourns was well received and conjured up the idea of becoming a full-time professional artist. That idea became a reality when Tony left teaching in 1998.

Several unique events have coloured his career: Undoubtedly his concept of moving a Canadian arts society project to the realm of the fabled Royal Collection at Windsor Castle is a highlight. Developed in 1985, the Royal Collection Project will conclude in 2025 when Canada will be officially represented in H.M. The Queen’s collection by one hundred contemporary Canadian watercolours. Tony continues to guide this historic project forward.

Just prior to the recent Sesquicentennial of Confederation Tony inquired about working within Canada’s Houses of Parliament and was truly surprised when he was granted his wish. The results of his unique Parliament Hill undertaking can now be seen hanging on the walls of both the Commons and the Senate.

Succeeding in these two unrelated projects, both imagined and brought to reality by Tony – establishing Canadian watercolours as part of the Royal Collection at Windsor and painting interiors of the iconic rooms of Parliament Hill in Ottawa – will be seen by future generations as Tony Batten’s enduring legacy. 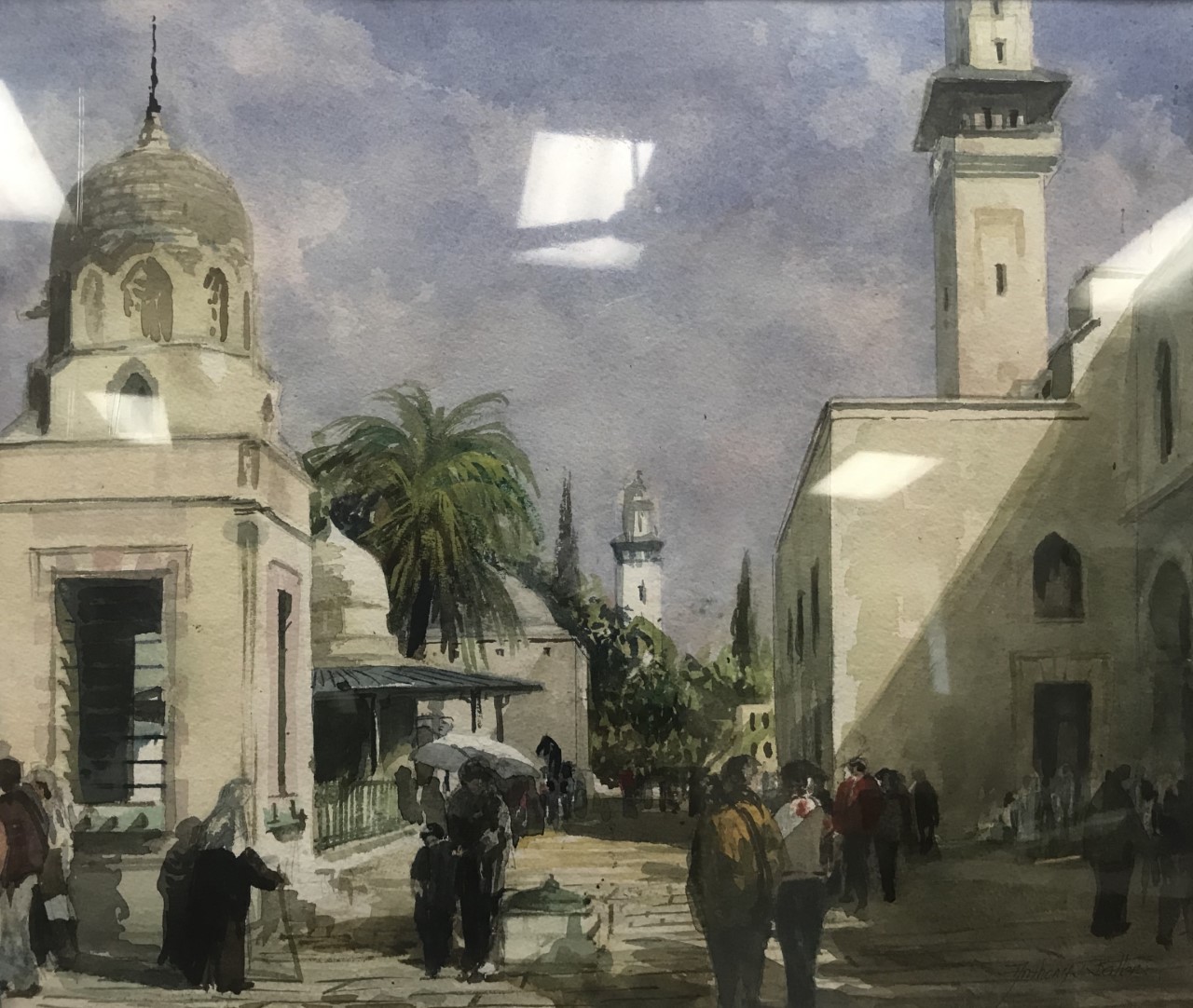 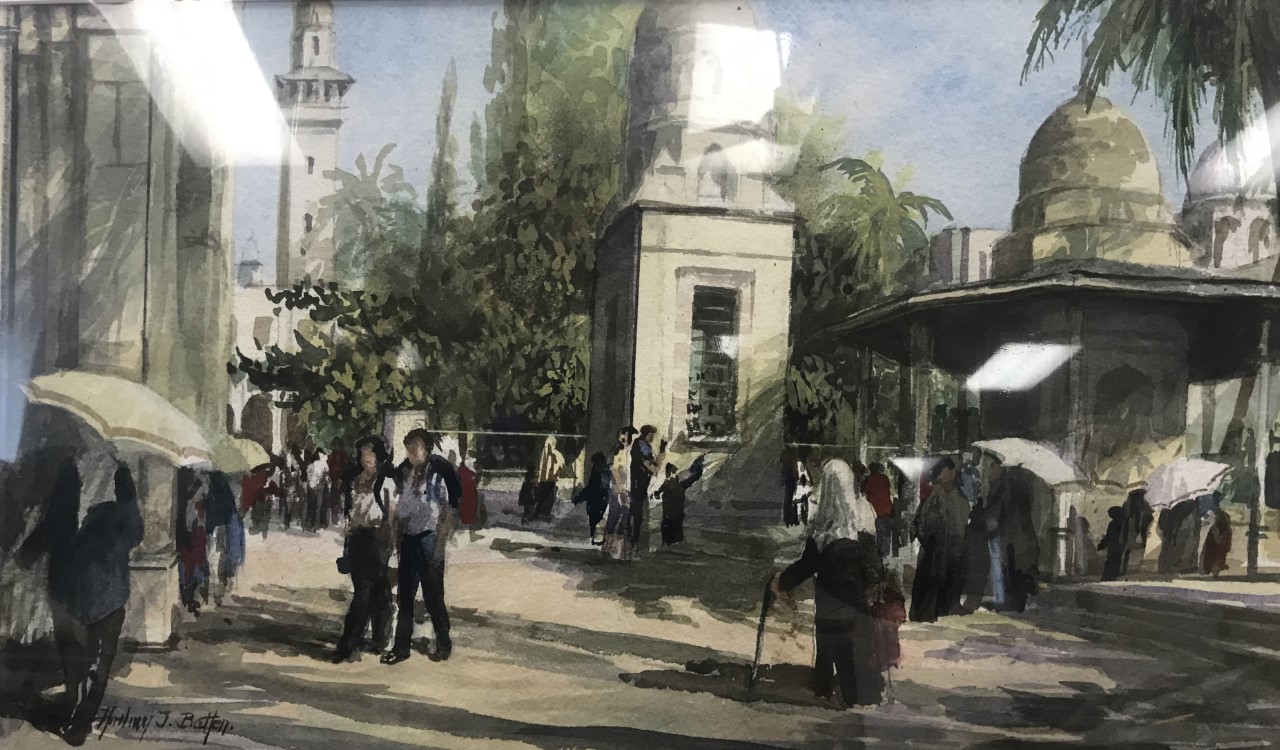 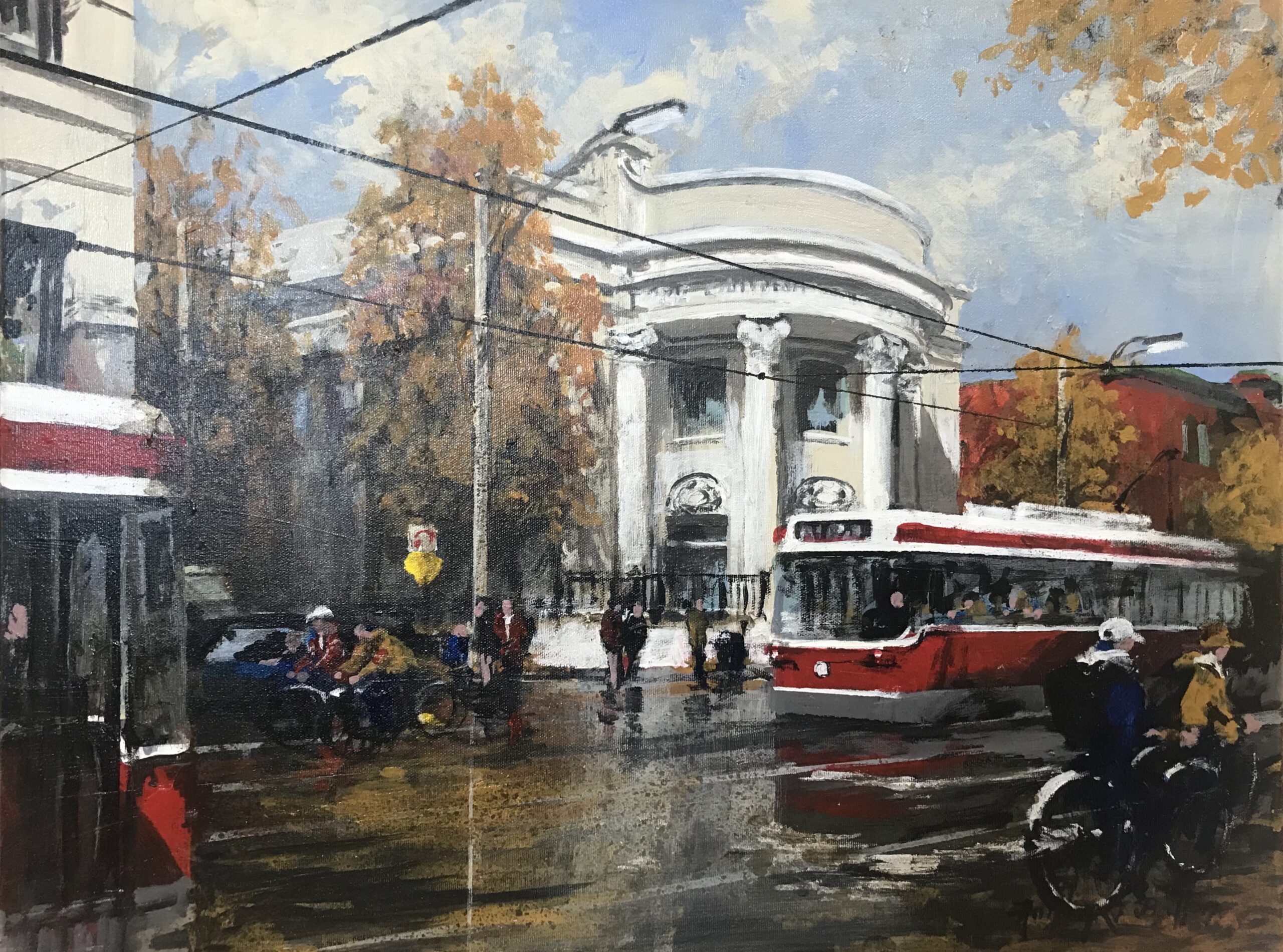 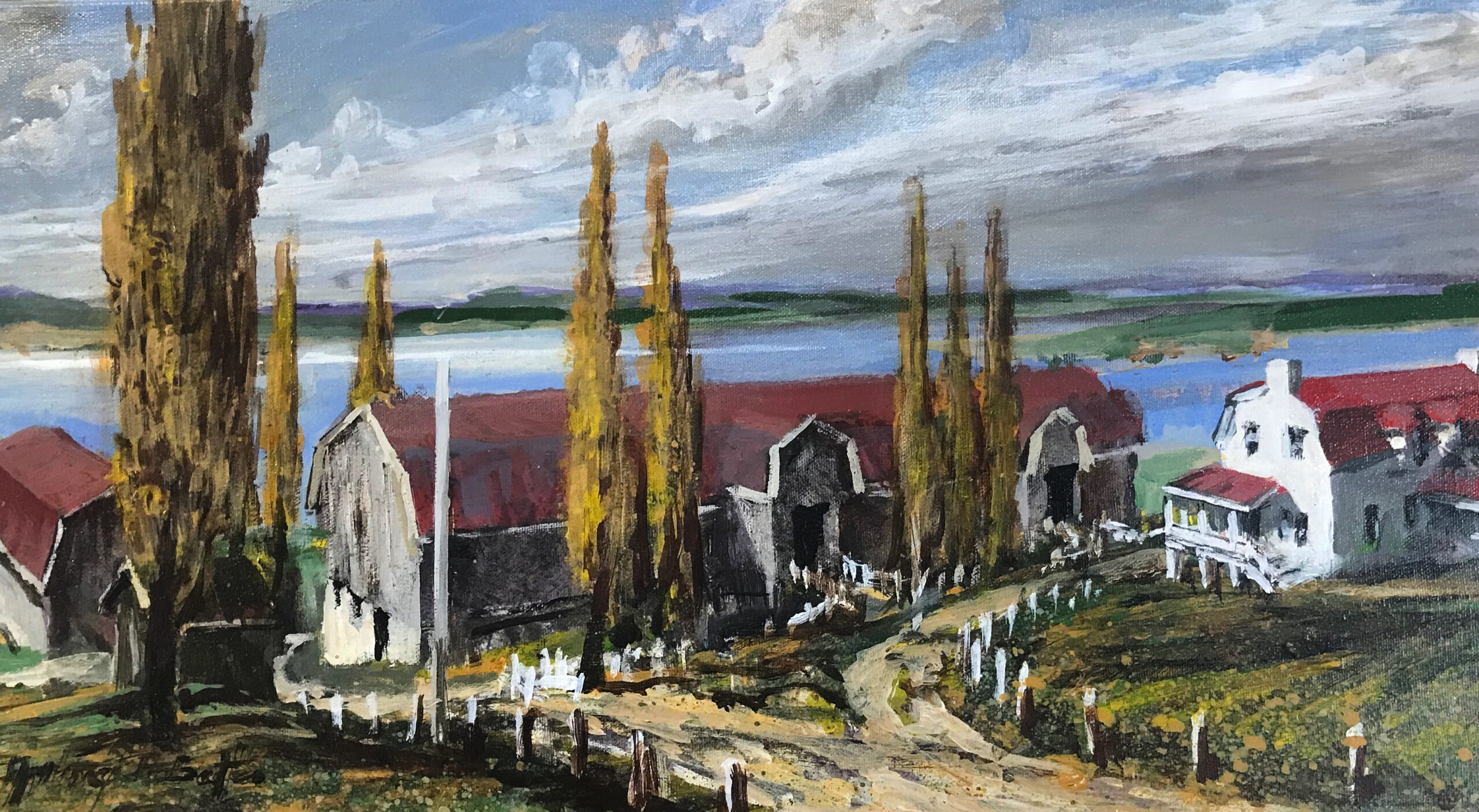 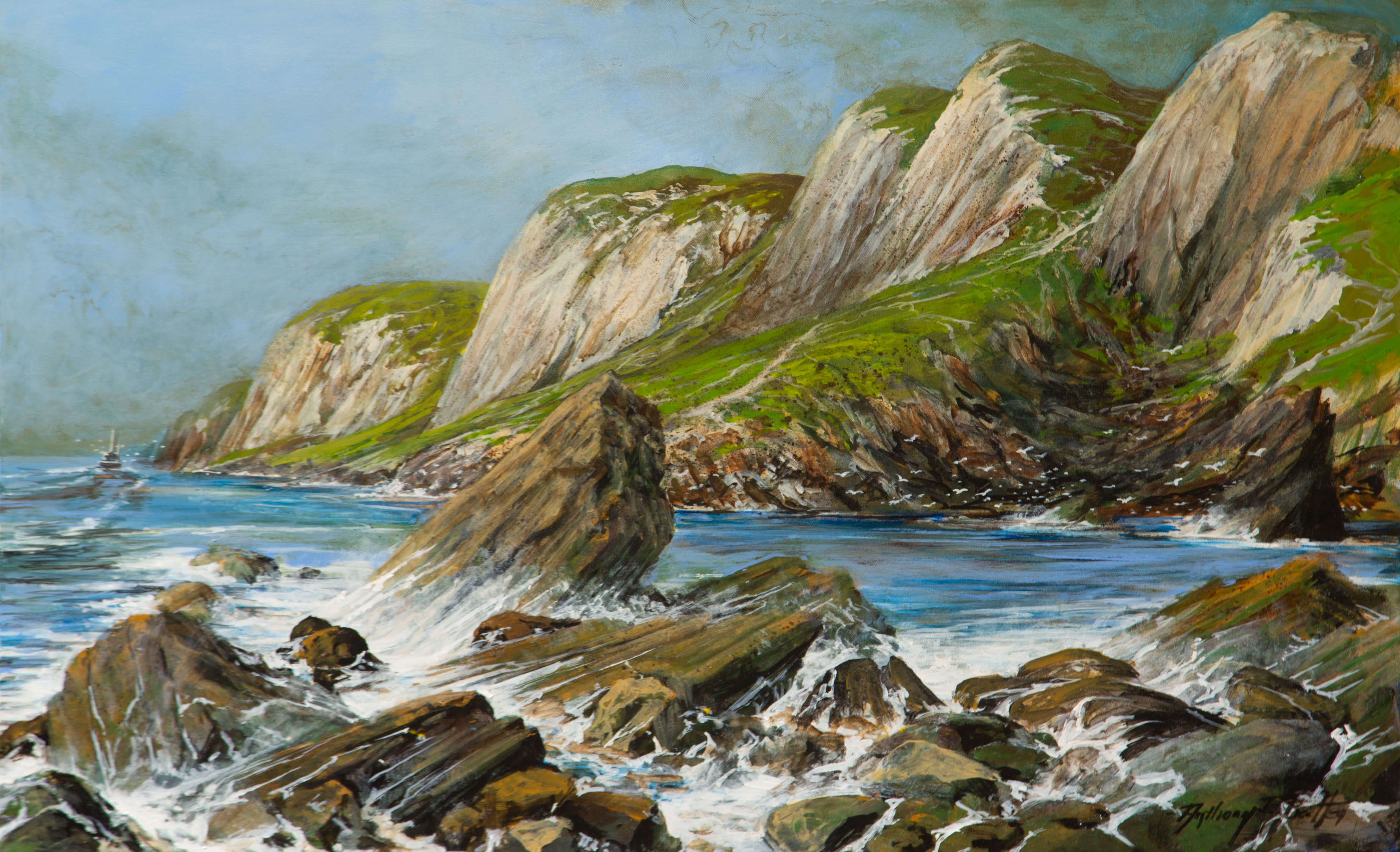 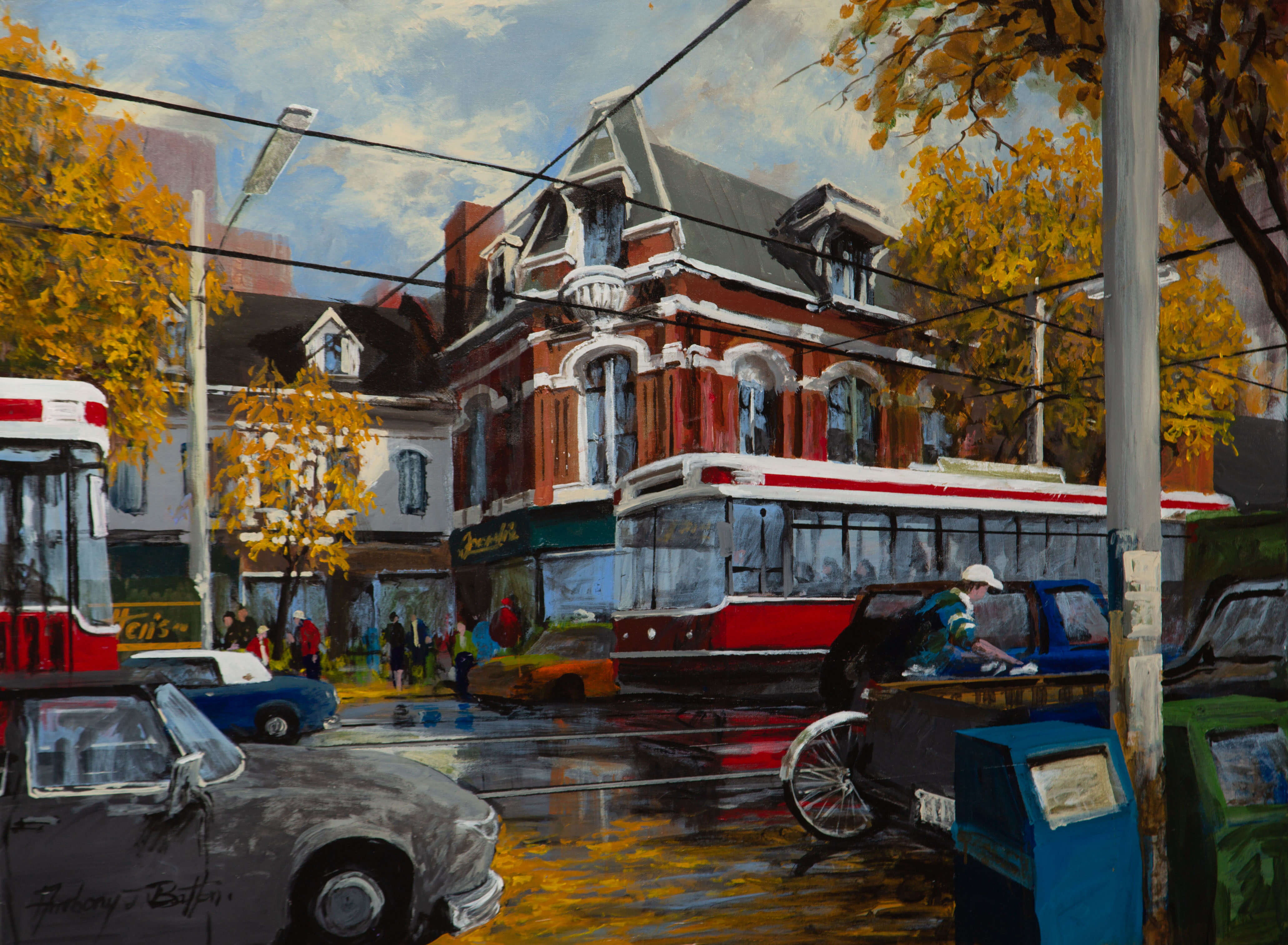 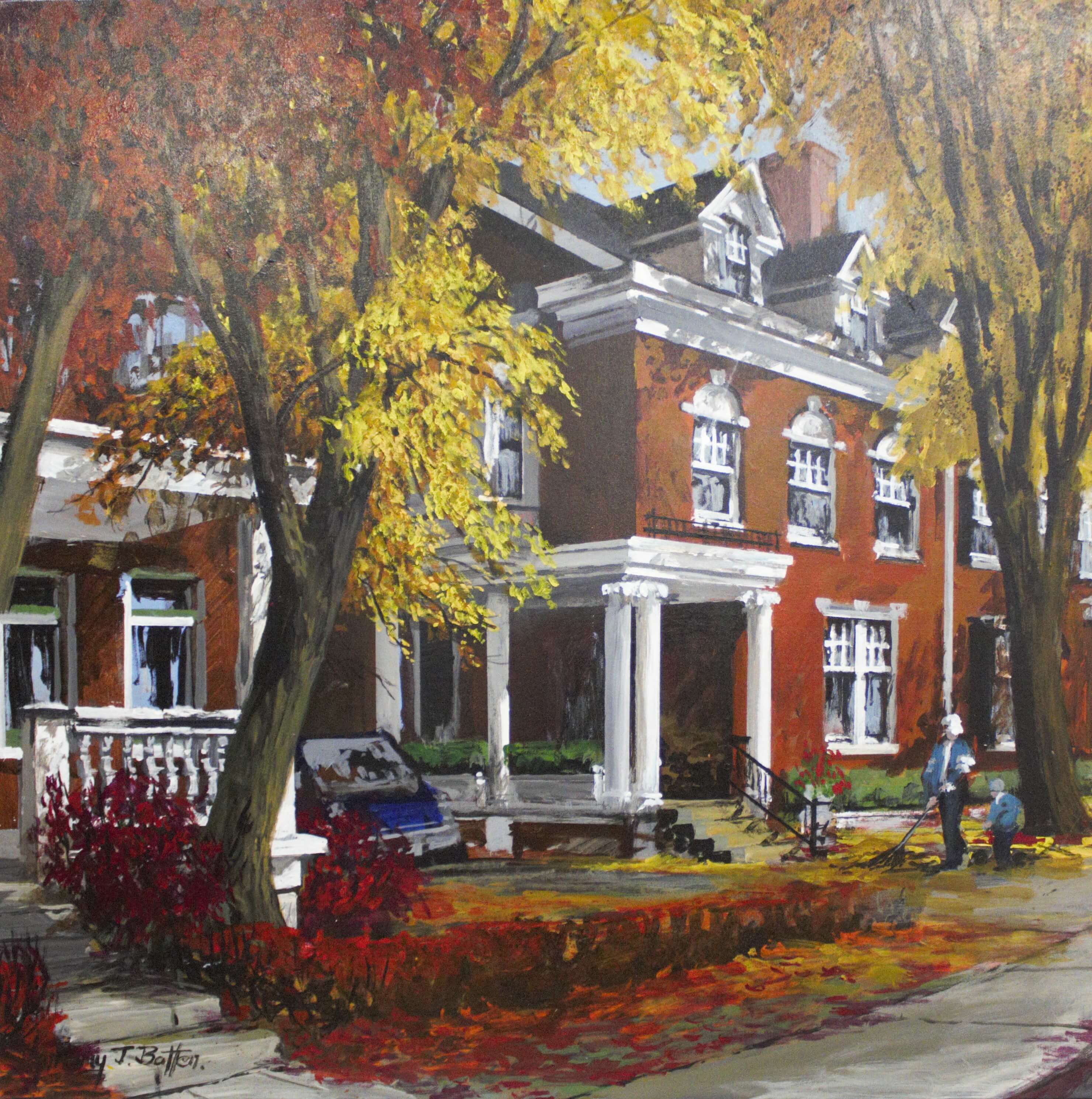 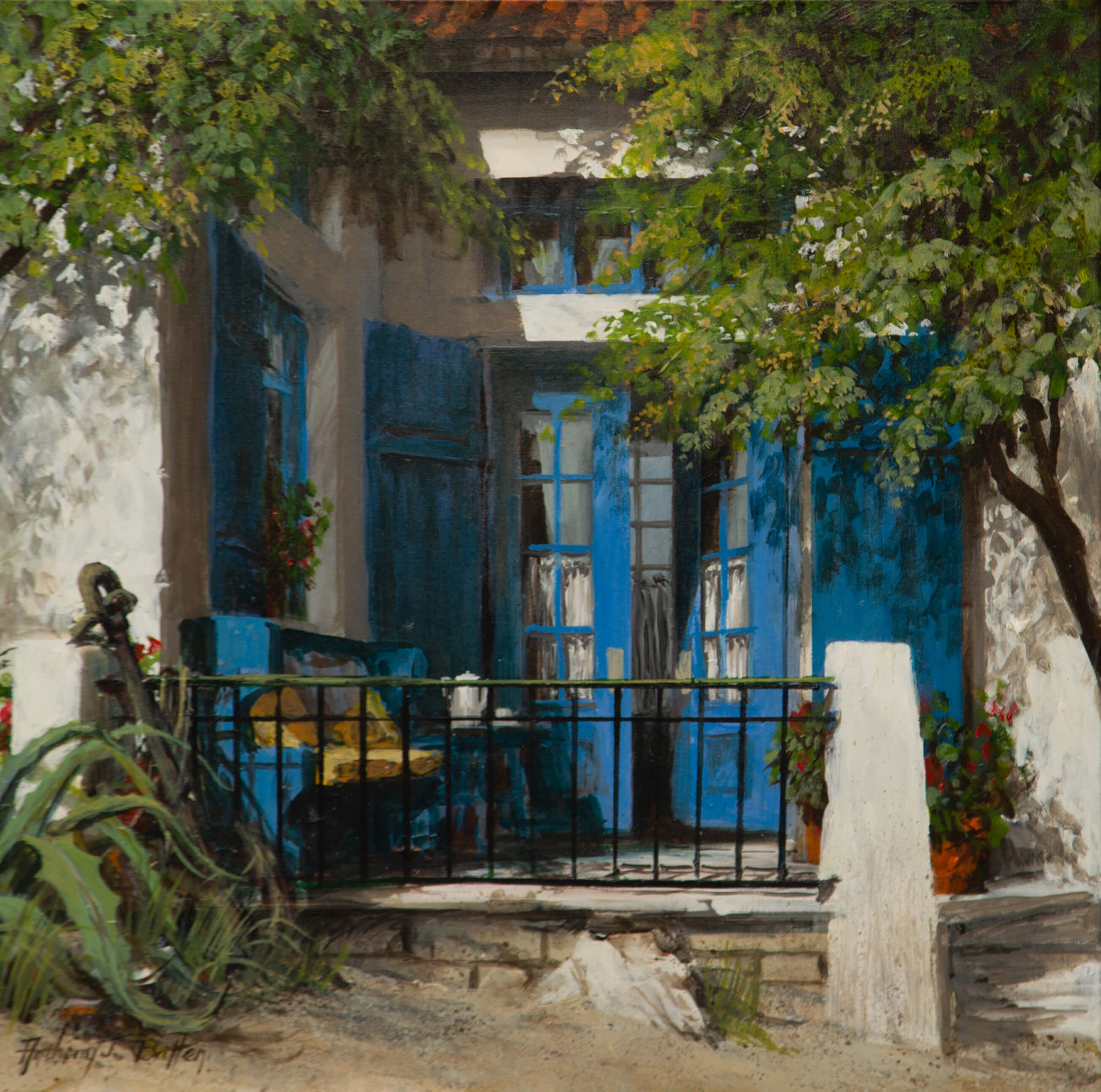 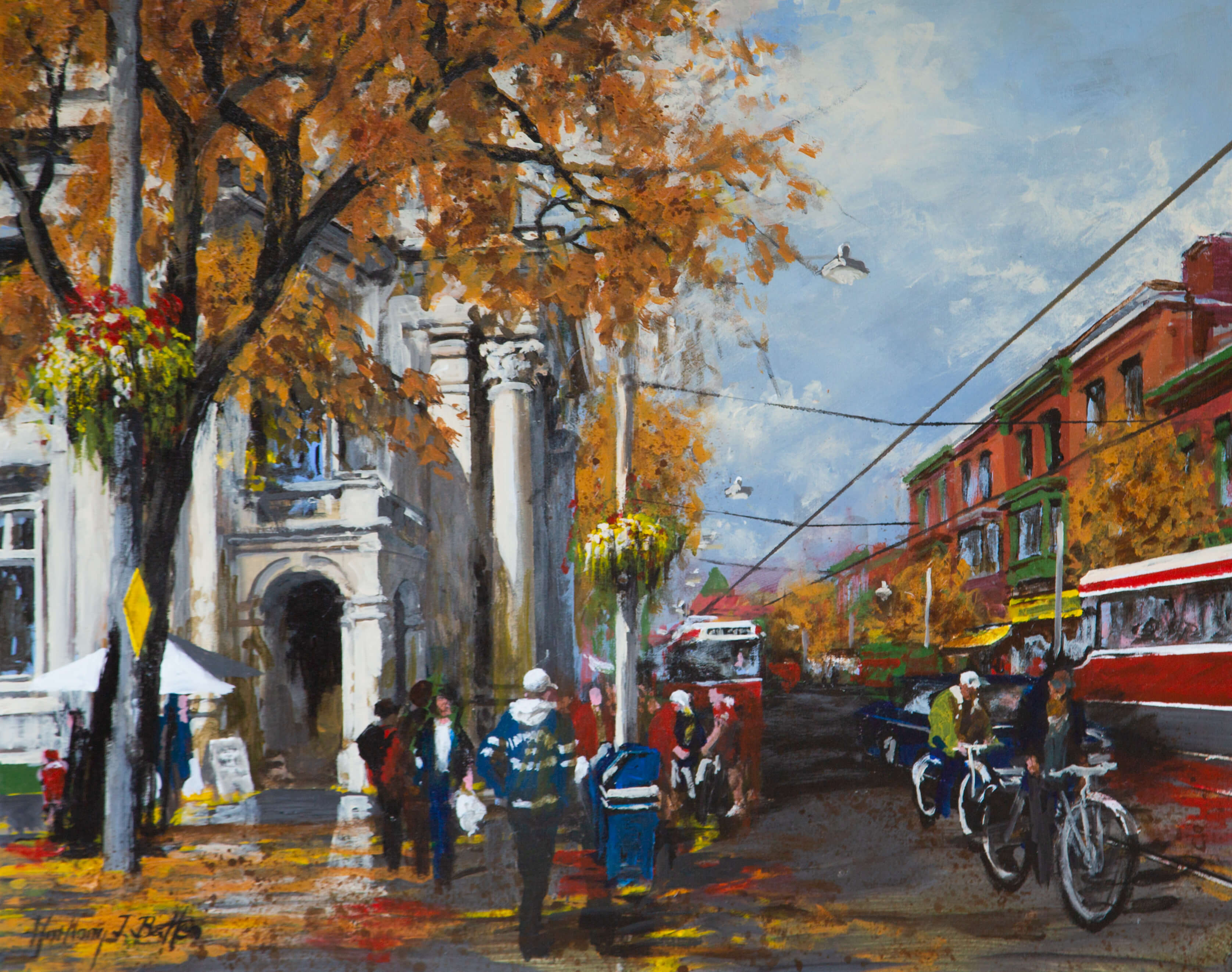 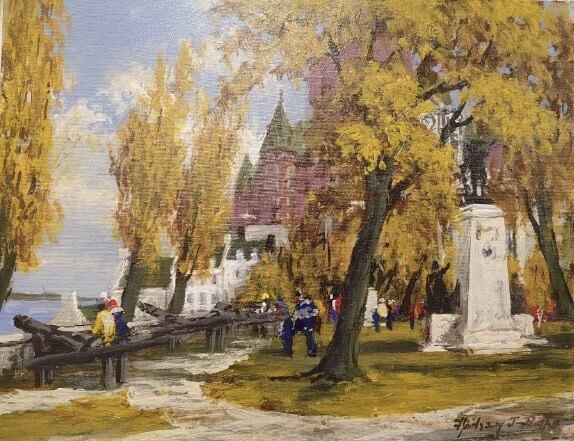 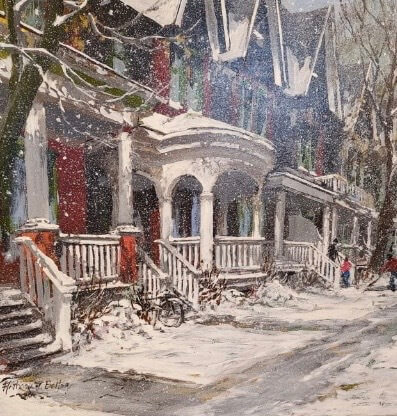 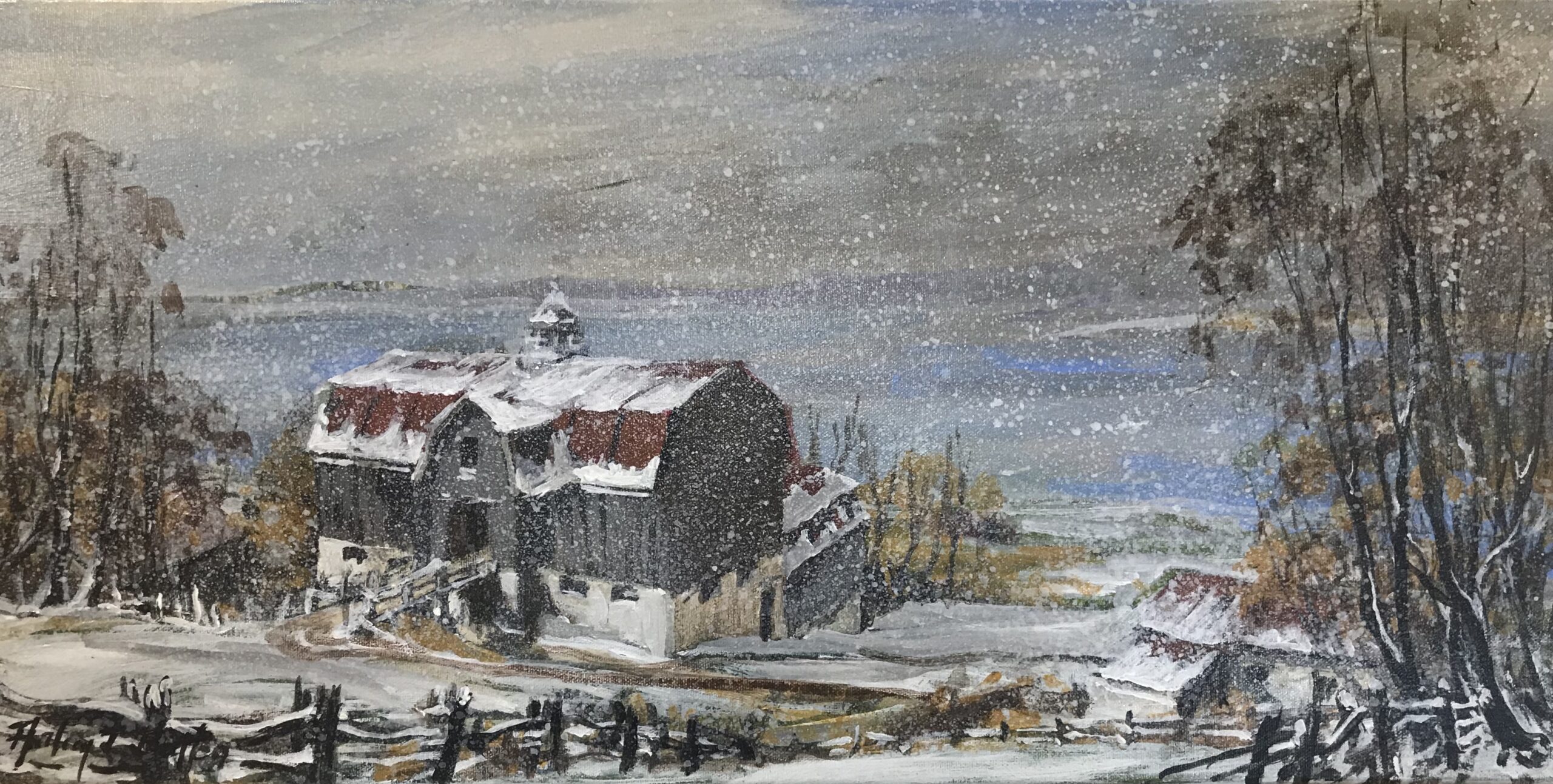