Terry Ananny was born in 1956 in Toronto, Ontario, Canada.  She now resides in Ottawa, Ontario.

Terry Ananny’s bright and colourful acrylic paintings of hockey, children at play and seasonal village scenes cheerfully capture the spirit of Canadian life. Her early years spent in summers on Lake Muskoka and travelling to Quebec enriched the artist with lasting impressions of the beautiful Canadian landscape and diverse Canadian culture.

Her works are held in many Canadian international corporate collections. Canadian Prime Ministers collected her work over the past two decades. Her work has been reproduced on UNICEF, Make-a-Wish, Children’s Wish, Save the Children, Hallmark and Island art work. Her work may be seen in the Children’s Hospital of Eastern Ontario, Ottawa Hospital, Riverside Campus and also found in Wilson House on Meech Lake which is a Canadian government retreat used by the Prime Minister.

Her largest painting Winter Village is installed in the foyer of Canada Mortgage and Housing Corporation in Ottawa on Aviation Parkway. The vibrant 48 by 96 in painting which was commissioned in 1995 is of a winter scene filled with skaters, skiers and sledders. In 2000, she was commissioned by the Canadian government for a drawing for a Canadian coin in the Provincial Fables and Legends series “Nova Scotia”. Recently her work was purchased by Lucile Packard Children’s Hospital at Stanton in Palo Alto, California and by the BC Children’s Hospital for their newly constructed Teck Acute Care Centre. 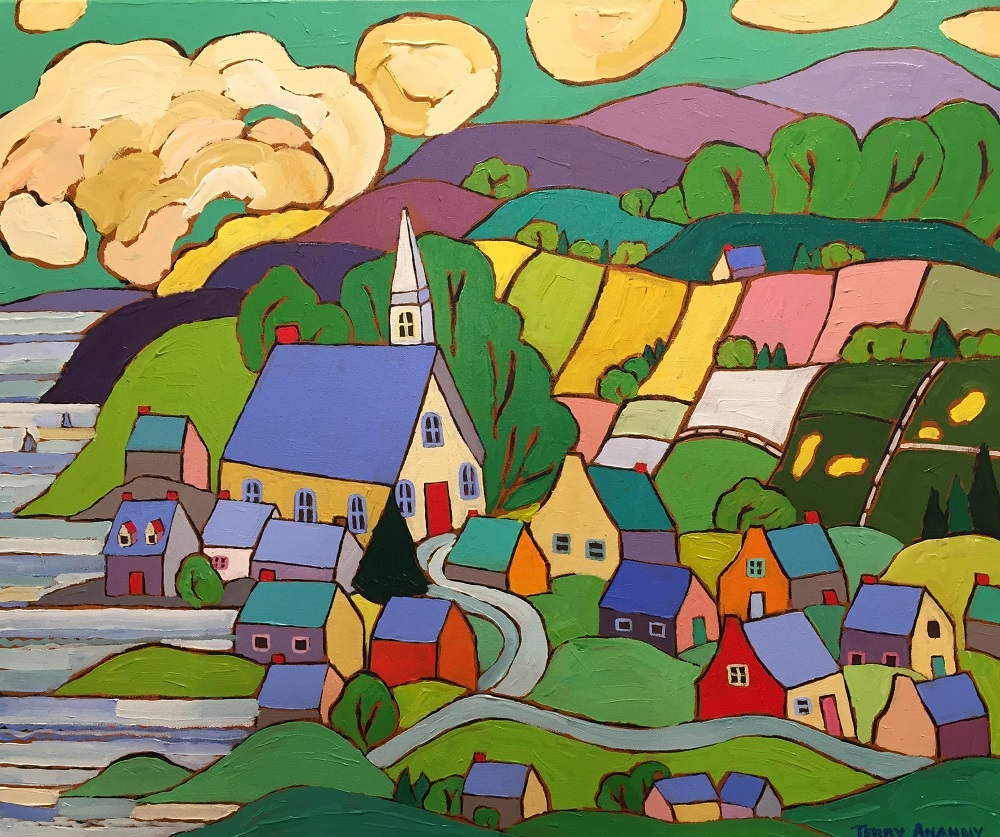 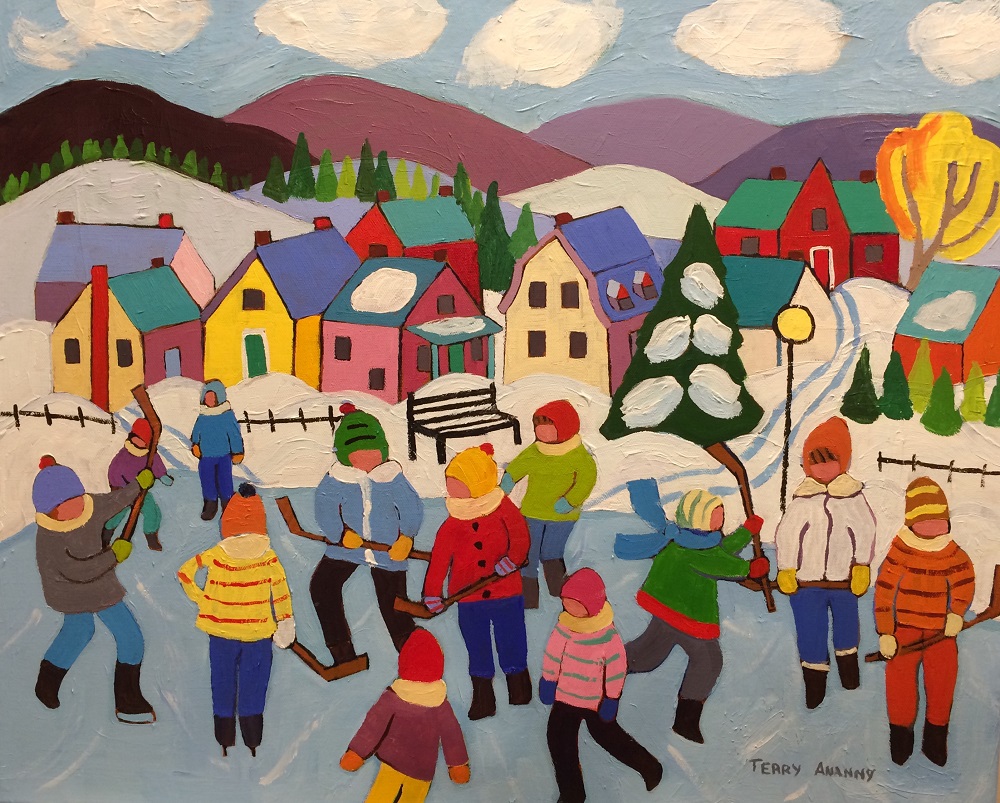 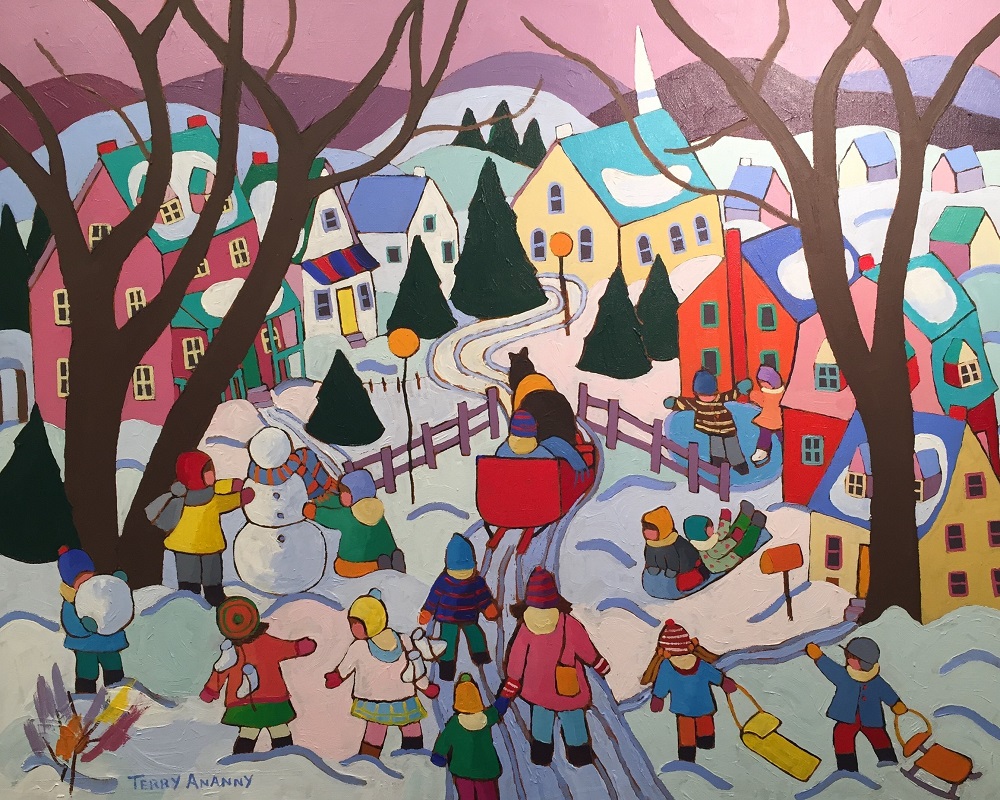 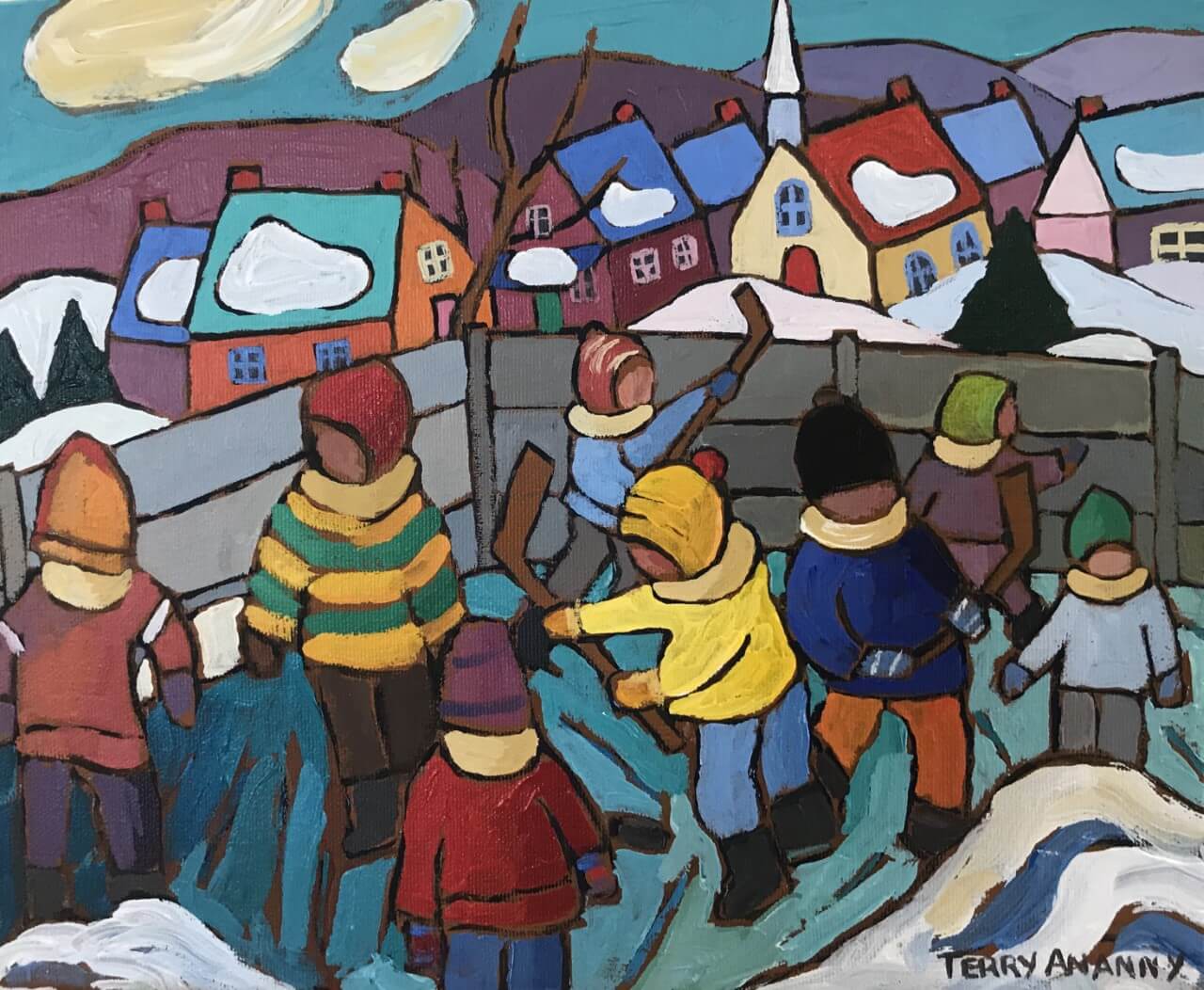 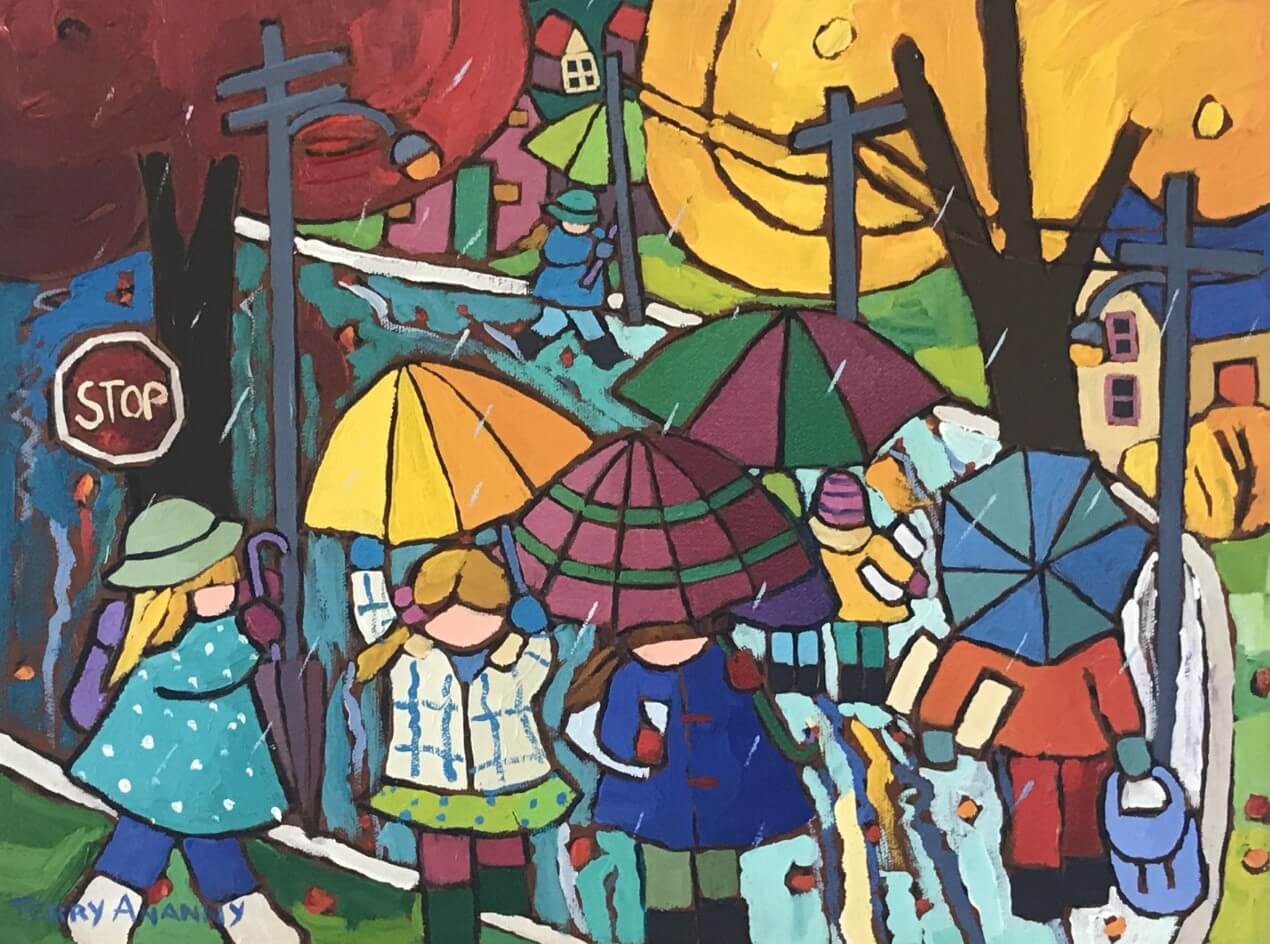 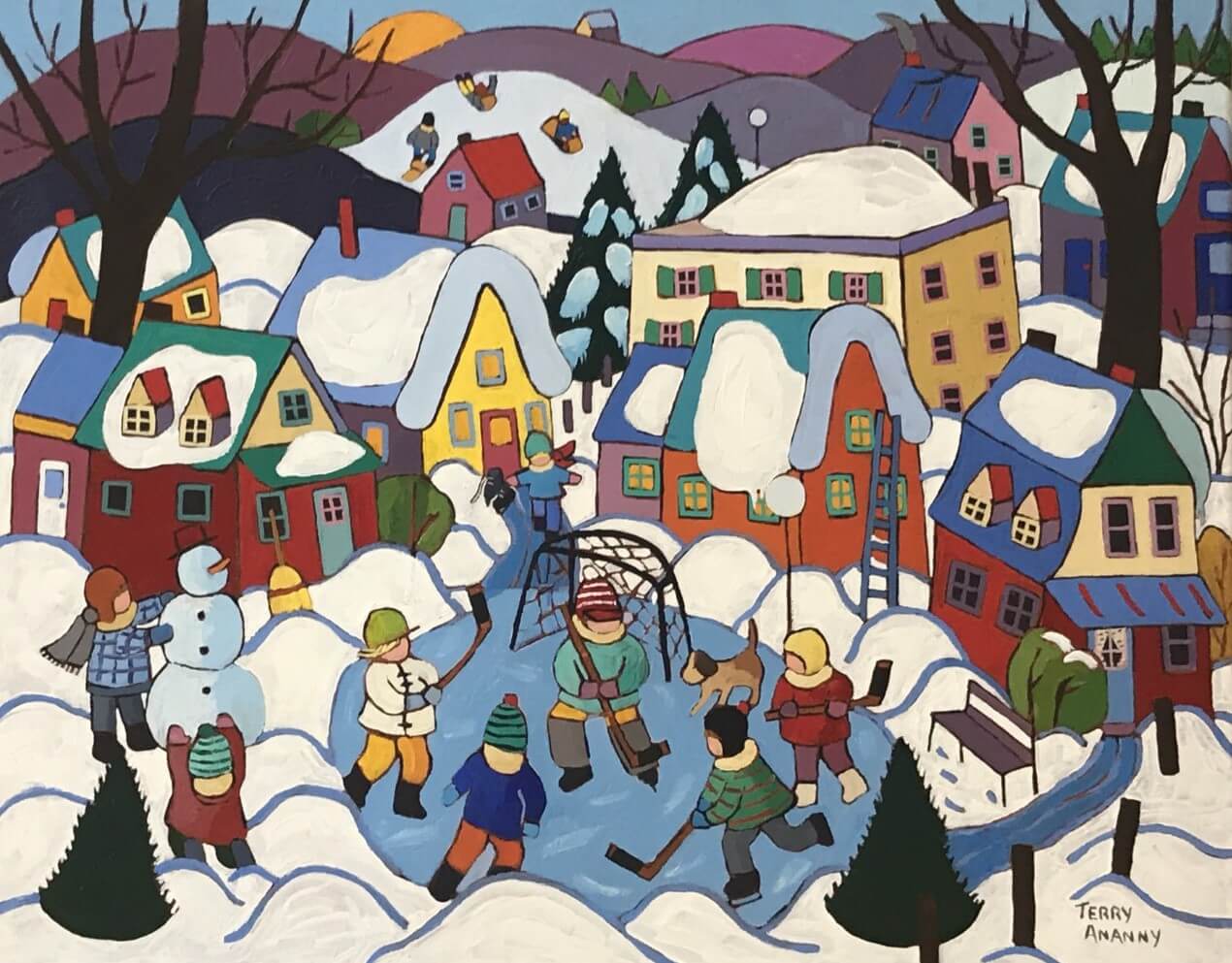 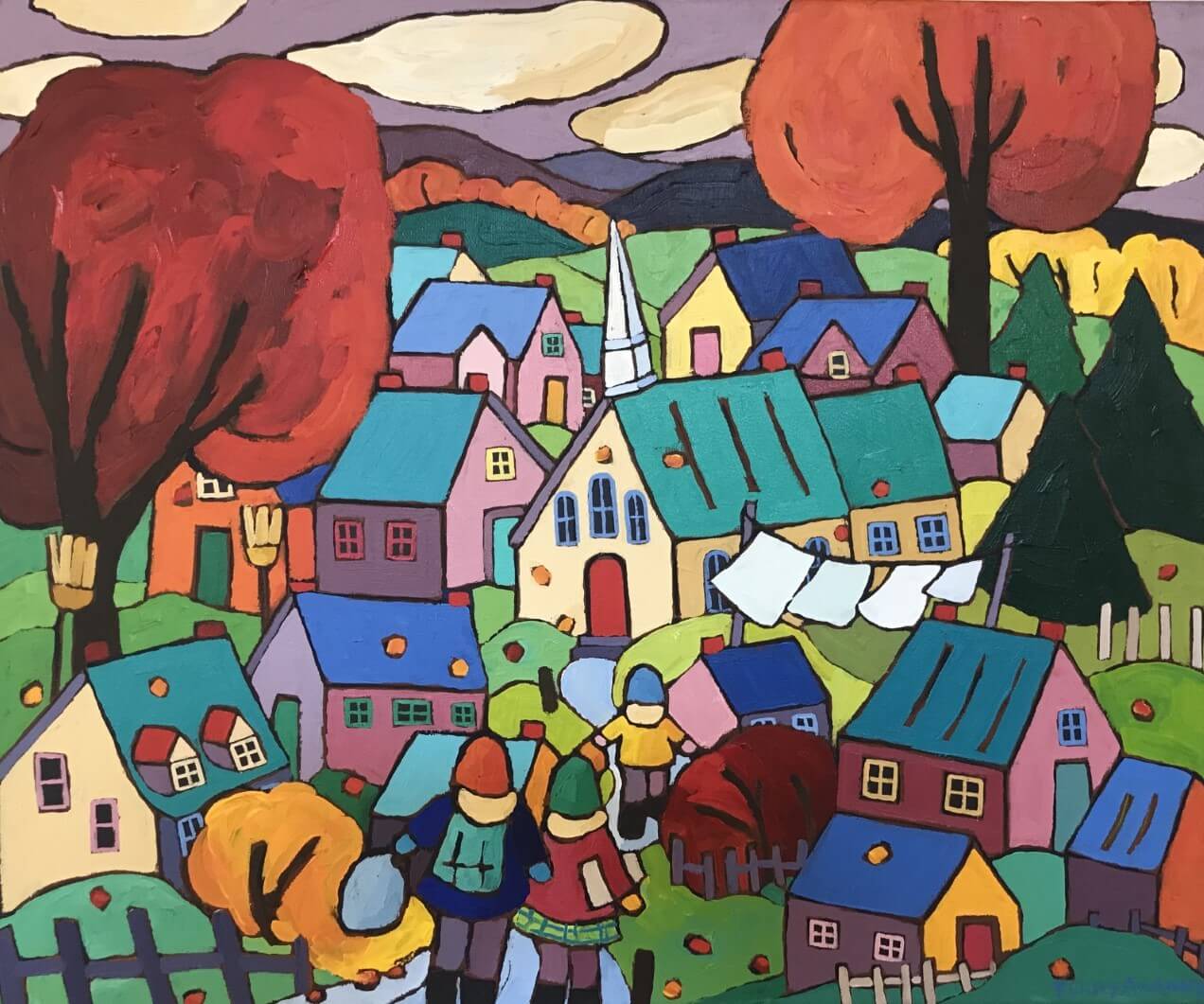